Hunter Baker, J.D., Ph.D. is an associate professor of political science at Union University in Jackson, Tennessee. He ran in the Republican primary for Tennessee’s 8th congressional district in 2016, and is now an interested supporter of the American Solidarity Party. As stated on his faculty website, he is the author of three books (The End of Secularism, Political Thought: A Student’s Guide, and The System Has a Soul), has also been published in a variety of print and digital publications, and is a research fellow of the Southern Baptist Convention’s Ethics & Religious Liberty Commission.

SC:  You ran for Congress in a Republican primary recently. What were the main issues on which you ran? What obstacles did your campaign encounter? Did your experience as a candidate increase your frustration with the two-party system?

HB:  It will sound strange, but I ran because I felt called to run and specifically to run on the issue of religious liberty. The appetite in the electorate was probably more geared toward the economy, but I felt that I needed to try and wake up these predominantly Christian people to the necessity of protecting religious liberty for everyone. Jobs are hugely important; there is no question about that. However, it seems to me that if you don’t have freedom of religion and freedom of conscience, then you lack the essentials necessary for living a life with integrity.

The obstacles were largely financial. It is extremely difficult to get any exposure without a significant amount of money. I made appeals to the press, but their position was largely that they can’t cover everyone, so they cover the folks with large campaign funds. It seems to me that by that standard, if Socrates himself ran, he wouldn’t get any coverage. I outperformed on straw polls when audiences had a chance to hear from me directly. In the end, I finished seventh in a thirteen candidate primary. Everyone who beat me had more money than me. Everyone I beat had less money than me!

When you add the centrality of money to the limitations of our binary system, Americans are choosing from a very limited menu. It seems to me that the faithful Christian ends up in an unsatisfactory position, which is why we need something like Christian democracy (with an American twist).

HB:  I think the big difference historically is that Europeans needed a Christian party to resist aggressive secularism. The French Revolution was a totally different thing from the American version. Until fairly recently, American Christians could find reasonable alliance with either major party. However, at this point, faithful Christians are not really welcome in the Democratic Party, and faithful Christians get twisted out of shape in important ways by the Republican Party. My personal preference would be to build on the Christian democracy brand because it is highly successful on the broader global stage. I think an American version would be still more strongly pro-life and would have a robust sense of church-state separation rightly understood, but the differences don’t have to be all that great. I think Christian democrats have been better at governing for harmony. That’s something we need. The appeal of a different label is that you get around the objections C. S. Lewis, Jacques Maritain, and others have expressed against using the modifier “Christian” in the name of a political party.

SC:  Perhaps more than most in the American Solidarity Party, you have worked with organizations which advocate free-market capitalism. The American Solidarity Party understands the importance of private enterprise and especially values small businesses, but many of the party members became interested because we are more willing to entertain critiques of capitalism from a pro-life, pro-family perspective than other political parties. How can advocates and critics of capitalism learn from each other and come together?

HB:  I have tended to have a free-market orientation for a couple of reasons. The first is simple prudence: the freer alternatives have clearly outperformed the more collectivist ones. The second reason is that I fear the concentration of power in the hands of government which is, at bottom, a coercive entity. Nevertheless, capitalism can’t survive if the majority of people feel it doesn’t serve them well. We need economic statesmanship of the type Abraham Kuyper advocated, which seeks to unify the interests of rich and poor. It is also important to say that while free markets work tremendously well, they also have drawbacks. You can have a tremendous free market in heroin or pornography, for example.

SC:  Religious liberty has been a frequent topic of discussion within our party. What are some of the most important religious liberty issues currently, and how can we advocate for such liberty as a third party?

HB:  There is little question that gay marriage presents the greatest threat to religious liberty simply because of the way our laws on civil rights work. I was never all that worried about gay marriage as a phenomenon in and of itself. But I knew that when gay marriage became a norm, then all the civil-rights issues would come to bear on anyone attempting to maintain a biblical life and witness on the issue. All of Christian higher education and many Christian non-profits are at risk. In addition, you have to look at the baker and florist cases. The area marked out for faithfulness is very small—just wedding ceremonies—but even that is intolerable to new progressive puritans who seek to enforce their own orthodoxy. I think Democrats have identified religious liberty as a problem, and they seek to reduce the rights associated with it. Republicans—establishment Republicans, in particular—have no appetite for a fight over religious liberty because they think it is a losing issue. A third party can help a lot on the issue.

Important thread. West Virginia is leading the nation in vaccine response because it is letting small businesses work for their local communities. https://t.co/FucMt22OvI
View on Twitter
13
65

So, uh...we usually try to keep it PG here on the Solidarity Twitter feed, but there are some important things going on in this article about Onlyfans "creators" struggling to make any money/

ASP member Stephen Hollenberg is running for state rep. in a special election in New Hampshire. We got a mention in NH's leading paper, the Union Leader.

We offer our well-wishes and prayers for President Biden and the incoming administration. We are grateful for the democratic process and the peaceful transfer of power. We will continue fighting for a political vision that upholds the dignity of every human being.
View on Twitter
35
250 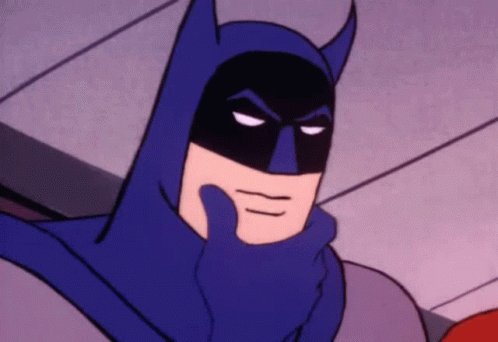