Those for whom the dogma speaks loudest are also those most qualified to serve.

In February of this year, the Union of Orthodox Jewish Congregations of America penned a letter to Senators Lindsey Graham (R-SC) and Dianne Feinstein (D-CA), in their capacities as ranking members of the United States Senate Judiciary Committee, conveying the organization’s “grave concern” over an unconstitutional “religious test” whereby a nominee’s fitness for a federal judgeship was considered on the basis of the nominee’s religious faith or membership in a particular religious organization. The Orthodox Union’s letter was in reference to questions posed by Senators Kamala Harris (D-CA) and Mazie Hirono (D-HI) during committee proceedings inquiring whether federal judicial nominee Brian Buescher would renounce his membership in the Knights of Columbus (a Catholic men’s organization) owing to the organization’s traditional views on sexuality and life, should he be confirmed for the position. This letter is significant not only because the Orthodox Union’s concern crossed Jewish-Christian religious lines, but also because the Buescher nomination was not an isolated incident, and efforts to restrict Americans with deeply-held faith convictions from participating in American public service and public life are on the rise.

Attempting to disqualify Americans from public participation on religious grounds is certainly “nothing new under the sun.” In the modern era, John F. Kennedy’s Catholicism, Mitt Romney’s Mormonism, and Barack Obama’s Christianity have all been cruelly scrutinized during their presidential campaigns. However, over the past several years, these once-rare occurrences have increased at an alarming rate. From Texas Republican Dorrie O’Brien’s unsuccessful coup to remove Dr. Shahid Shafi (R-TX) from his Texas GOP position on account of his Islamic faith, to the aforementioned Democratic Senator Feinstein’s challenge of Judge Amy Coney Barrett’s nomination to a federal appellate court position because her Catholic “dogma live[d] loudly within” her, to Senator Bernie Sanders’s (Ind-VT) attempted rejection of Russell Vought’s appointment as deputy director of the Office of Management and Budget over his Christian beliefs on salvation, attempts to discourage people of faith from public life have arisen across seemingly the entire gamut of the American political spectrum—and show no signs of de-escalation as preparations for the 2020 presidential campaign season begin in earnest.

With a contentious and pivotal election looming on the horizon, Judge-Designate Neomi Rao has already been attacked by Senator Cory Booker (D-NJ) during her District of Columbia Circuit Court nomination hearing over her personal beliefs regarding sexuality and whether they have ever influenced her hiring decisions. Meanwhile, the West Virginia Republican Party has created propaganda smearing U.S. Representative Ilhan Omar (D-MN), a Muslim, by accusing her of links to the 9/11 attacks. Separately, Representative Omar has also faced spurious accusations of anti-Semitism from Democrats and Republicans alike, leading to a U.S. House Resolution which broadly condemned bigotry and discrimination.

This increase in attacks against people of faith in government should indeed cause “grave concern.” The attacks are also unconstitutional. Religious freedom has been enshrined under the First Amendment, and Article VI of the United States Constitution guarantees that “no religious Test shall ever be required as a Qualification to any Office or public Trust under the United States.” So, while the United States is not a theocracy, people of faith have been intentionally empowered to live out their faith, both in their private lives and as public servants. It is the faith of many of our American public servants that has brought some measure of redemption to their otherwise flawed legacies.

Faith has inspired Americans in high office towards excellence, towards tolerance, and towards caring for “the least of these.” Indeed, as former Governor Mitt Romney said in his famous “Faith Speech,” the American values of “equality of humankind, the obligation to serve one another, and a steadfast commitment to liberty . . . are not unique to any one denomination. They belong to the great moral inheritance we hold in common. They are the firm ground on which Americans of different faiths meet and stand as a nation, united.” Faith has influenced American leaders as far back as the Revolutionary War, when the signatories to the Declaration of Independence included notable clergymen like John Witherspoon, and in the war’s aftermath, when George Washington assured the Jewish congregants of the Touro Synagogue that America would give “to bigotry no sanction,” and when James Madison pushed to enshrine religious freedom in the Bill of Rights. In more recent times, former President Jimmy Carter strove for universal healthcare and human rights while in office and afterwards at the Carter Center, and he also built homes with Habitat for Humanity—all on account of his faith. Former President George W. Bush cited the importance of faith and faith-based organizations in the fight against HIV/AIDS>, to which he contributed by pledging $15B towards a global fund. Former President Barack Obama partnered with churches to fight unemployment and to feed needy children.

The American Solidarity Party champions religious freedom, both by supporting religious institutions in their refusal to perform activities contrary to their beliefs, and by affirming laws which protect the right of people of faith to practice and live out their religion without intimidation in the public square. It maintains that religious freedom transcends the “freedom of worship” afforded inside the walls of a church, mosque, synagogue, temple, or other place of worship. Today, the religious freedom of public servants is increasingly under fire. When President Kennedy’s suitability to become our nation’s leader was being challenged because of his Catholicism, he warned: “Today I may be the victim, but tomorrow it may be you—until the whole fabric of our harmonious society is ripped at a time of great national peril.” Our current situation renders his words prophetic. So, as disparate as our dogmas can be, let’s continue to fight the good fight for religious freedom in order to perpetuate the redeeming legacy of those that have come before us: that those Americans for whom dogma speaks loudest are often those most qualified to serve.

Tai-Chi Kuo currently serves as Vice-Treasurer on the National Committee of the American Solidarity Party and as Vice-Chairman of the American Solidarity Party of Illinois. He is a first-generation Asian-American immigrant who began pursuing his American Dream at the tender age of four when his family emigrated from the Republic of China (Taiwan) and settled in the Chicagoland area. Tai-Chi is an Evangelical Christian who attends a historically Chinese-American church and who began his journey into politics after hearing a message on the subject of “Public Faith” exhorting Christians not to withdraw from public service, but to engage deeply with American society on the pressing issues of our times. He joined the American Solidarity Party in the summer of 2017 and has been active as an officer in its Illinois chapter since that time. Tai-Chi is passionate about religious freedom, faith in the public square, Asian-American issues, and Greater China issues.

Professionally, Tai-Chi has worked in roles related to project management and business analysis for over ten years on numerous financial services, technology, and legal projects. Tai-Chi holds a Juris Doctor from Loyola University Chicago and is currently pursuing his Master of Business Administration (online) from the University of Illinois at Urbana–Champaign, which is also his undergraduate alma mater where he majored in Advertising and minored in East Asian Languages and Cultures. Tai-Chi is engaged to be married in 2019 and has family in Illinois, Hawaii, Taipei, Beijing, and Fuzhou. During his free time, Tai-Chi enjoys reading, playing board games, listening to opera, and practicing martial arts.

A good read—and of course, what it describes doesn’t just apply to Britain. https://t.co/8yIoeMecWH
View on Twitter 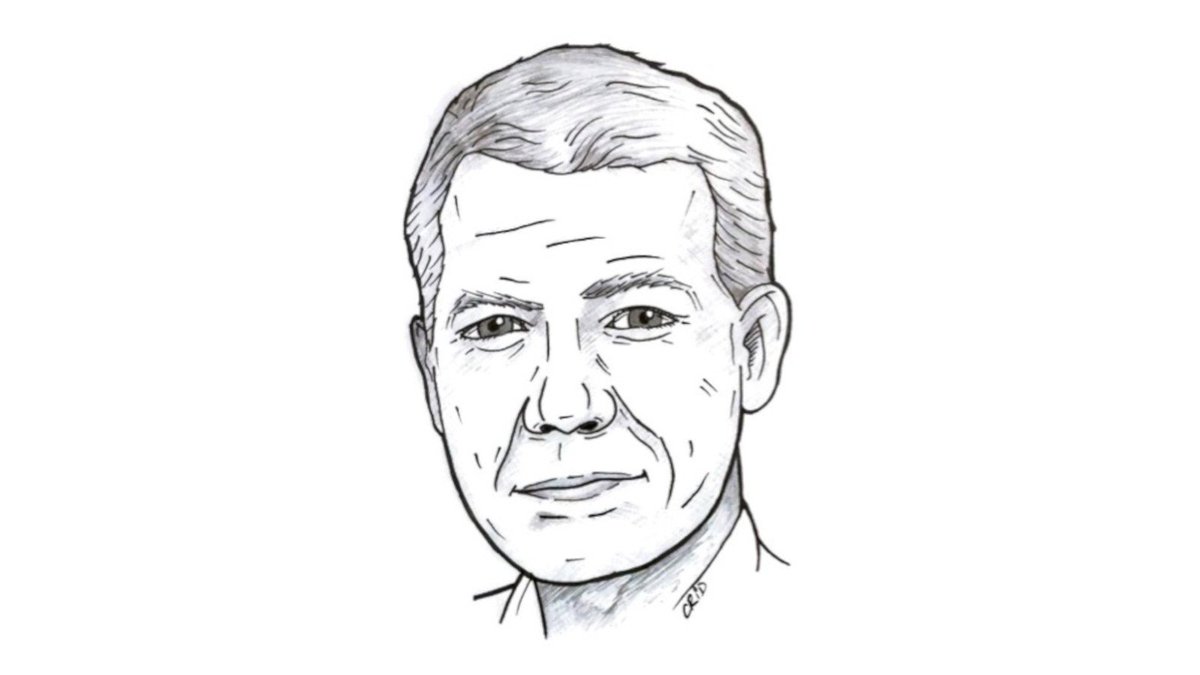 Bournbrook Magazine @bournbrookmag
'British people used to live, work, worship, drink, eat, and travel together, but now they increasingly do so alone.'

@WilliamClouston writes on the decline of the British common life.

Genghis Khan, may have been... the greatest eco-warrior of all time...[his] bloody advance, laying waste to vast swaths of territory and wiping out entire civilisations, may have scrubbed 700m tonnes of carbon from the atmosphere.”

You can catch ASP chair-emeritus @DrSCovich on EWTN tonight at 8 eastern, talking about assisted suicide. https://t.co/7Hv5c3w2QG
View on Twitter
2
4

In a world where everyone is getting endless hot takes beamed into their brains by flashes of blue light, sometimes the most revolutionary act is not to have an opinion.
View on Twitter
14
93