Recently, Skylar Covich, a member of the American Solidarity Party’s National Committee, complimented me on getting yet another letter printed in my hometown newspaper, the Modesto Bee. “You are,” he said, “one of the most successful members in the area of getting the word out about the party through letters to the editor.”

I use the medium of the local paper as a way to drum up publicity for the party. A full-page ad in the Bee might be flashier than a letter, but it would cost a lot of money, and we just don’t have the financial clout of other political parties. What we do have, however, are intelligent members who have a finger on the pulse of their community. Our local paper is a way to let other voters who may be discouraged by the state of national politics look us over.

I am sure that there are many disenfranchised voters adrift in the sea of partisan politics. They are looking for a place to dock their boat and feel secure. They want to finally be able to both vote and look at themselves in the mirror. The number of people who “held their nose” and voted for Trump is higher than Republicans want to admit. Democrats still fighting for a pro-life presence in that party are spending their time on Twitter, desperate for other pro-lifers to join them. The American Solidarity Party can be a home for many who have been either effectively pushed out of the Democratic Party by their anti-life platform, or alienated by the GOP’s myopic view of the pro-life movement. We know there are more like-minded people out there. How are we going to reach them when we do not have the money to flood the airwaves or newspapers with advertisements?

Being a regular contributor to the opinion page of your local newspaper is one way to make our party known and to drum up interest.

Every opinion page has rules. The Modesto Bee accepts one letter a month from each individual, and the letters must not be more than two hundred words in length. The editorial staff reserves the right to edit the letters they receive, so in order to limit the need for them to change my letter, I must be focused, succinct, and coherent. While every page will publish the occasional letter from a local kook, most pride themselves on showcasing the intelligent and well-written opinions of their readers. You must be willing to write, rewrite, and rewrite some more before you submit your letter.

Tie the ASP into a Local Issue

Don’t just write about how wonderful we are; let people know why you chose the American Solidarity Party and why the party’s platform and beliefs are relevant to your community. Does your area have high unemployment? Write about how our approach to economics could alleviate that problem. Are your local politicians in an unseemly fight on social media? Write about how the American Solidarity Party does not need to resort to the types of tactics used by the Republicans and the Democrats, or share that you left your former party because you did not want to engage in that type of behavior. Are your businesses or schools at odds with state regulations? Take the time to educate people on the concept of subsidiarity and how the American Solidarity Party supports the right of communities to determine their own destiny whenever possible. Whatever issue is at hand, write a letter that shares our philosophy with them.

There are a whole bunch of people who do not realize they are pro-life because they see it as only a religious issue. It is important for people to understand that we defend the sanctity of human life at all stages of development. We believe it is important to promote a society that makes the decision to end the life of a child the least popular option. We need people to know that we support expanded educational and financial opportunities, quality affordable housing, a family-friendly tax structure, and health care for all who need it. Being pro-life means more than only being anti-abortion.

Here’s an example. The Central Valley of California has been hit hard with sex trafficking and drugs. Nearly every parish and congregation in Modesto has a story to share of children being lost to either addiction or sexual exploitation. These problems have affected families regardless of their race, religion, or economic status. How does this connect with the issue of abortion?

Tell those who support Planned Parenthood that if a young teenage girl shows up in their lobby with a twenty-something “boyfriend,” no law requires Planned Parenthood to report what could be a crime of sexual exploitation. What ensures that a pimp cannot drive his “property” to the clinic for an abortion with impunity? We must protect both the children we have and unborn children in the womb from this type of exploitation; the American Solidarity Party believes we can and we should.

Does your audience believe that women have a right to choose whether or not to have an abortion? Suggest, in that spirit, that there should be equal funding for “health centers” that provide abortions and local crisis pregnancy centers. Let them know that the ASP supports laws that encourage emotional and financial support for women who choose to carry their child to term. Appeal to their American sense of justice and fair play.

Many people are much more like-minded than we think; however, they don’t know that if we don’t tell them, which we can do by using issues that impact our community via the local opinion page. If we do that, we will gain both recognition and membership.

Be prepared to answer regular objections to voting for a third party. Be prepared to honestly share why you walked away from your previous party to join the ASP. Read our platform, have links ready to share, and do not be afraid to admit that we are in this for the long haul. We do not expect our candidate to become President of the United States this year, but tell people to be prepared for future candidates for mayor or city council to pop up on the radar who will declare themselves members of the ASP. Ask them to do the same.

Get to know both the head editor and the editor of the opinion page. In the words of my Texan father, “blow smoke up their bloomers.” Send the occasional note to tell them they are doing a good job. Ask their opinion about a local rumor being promoted on social media. Say hello when you see them in the market. Our city, Modesto, has grown in recent years, but we are still very much a “small town” with a decidedly Midwestern flair for neighborliness. Saying, “Hey, Brian!” to the editor when I see him at the SaveMart puts a face to my name. He knows I am a nice little old lady, usually wearing a Niners T-shirt. I am not scary—I’m just a neighbor.

Every one of us has the chance to be a voice for our party. What we must remember is that in order to appeal to our local populace, the American Solidarity Party must be made real to them. We can do that by making sure all local interests are viewed through our lens. Let them know that our vision promotes common sense for the common good.

Until we have enough money and clout to produce radio spots, to print yard and fence signs, and to get our candidate an interview on the local news, using the opinion page of our local newspaper can still be an effective tool for growing the party. Every voice is important; make sure yours is heard. 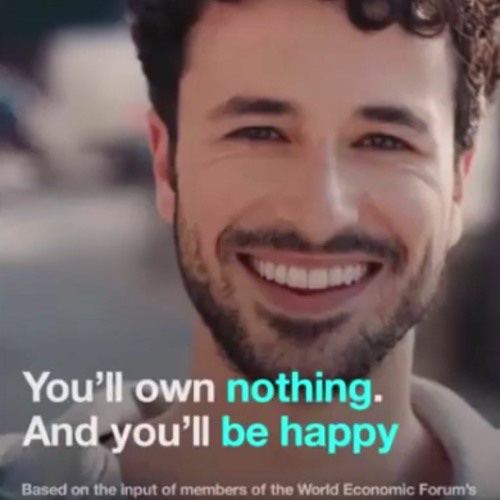 If your conservatism is ok with this, you’re not conserving anything worth having.

If your progressivism puts this issue on the back-burner, what you’re chasing isn’t progress. https://t.co/P0UzKmE6aY
View on Twitter
35
144

Giant Wall Street firms are buying up entire neighborhoods with cash, usually driving up rents in the area.

Home ownership looks increasingly out of reach for huge numbers of young people, and this kind of corporate property-grab sure doesn’t help.

This is really, uh, something: using the activist language of saftey-ism to argue *against* learning about a major milestone in history of racial injustice in the United States.

Let’s not inflate the currency of “trauma,” folks. https://t.co/VfNtSFS3Gt
View on Twitter
8
94
Skip to toolbar