Recently I stumbled across a post on social media that used the table above to assert two propositions:
1) “White privilege” does not exist since whites are near the bottom of this table
2) “The American Dream” is alive and well since the immigrant groups at the top have been able to succeed with the opportunities that the United States gives everyone and that racial justice should not be a concern.

The author of the post implied that hard work can overcome any perceived injustice as indicated by Indian, Chinese, and Japanese immigrants leading ethnicities in earning. Does the fact that a typical Indian American household earns $50,000 more than a typical white household mean that white privilege doesn’t exist and that racial justice should not be a cause for concern?

As an Indian American born in the US to two immigrants, this post made me pause and reflect on my parents’ journey from their motherland. Do their lives provide evidence that anyone, including those at the bottom of the chart, can rise to the top of the economic ladder simply with hard work and perseverance? I want to share my thoughts on this and related issues.

My father, like many older gentlemen, enjoys reflecting on the lean days he spent living in a cramped studio apartment with several other graduate students while completing his degree in civil engineering in Ohio.

“I came here with only one suitcase and a few dollars,” my father told my daughter before she went to her first year of college, while we filled my minivan full of amenities for her dorm room. Most adults have told a youngster how much harder they had it in their youth, but I am certain my parents started their lives in this country with few financial means. I don’t think my mother exaggerates the conditions of their run-down apartments in Chicago and even I remember the scraping and saving we did after we moved to a modest house in a blue-collar Chicago suburb.

There they both worked long hours to ensure my brother and I could go to good universities. My father worked for the city of Chicago for decades. He created strong relationships and built a professional reputation that allowed him to even do some consulting after retirement. My mother worked in an industrial cleaning company where I had the opportunity to make money for several summers in high school and college. They are now retired and live comfortably, having traveled the world and keep active doting on their grandchildren.

Are my parents truly an example of the “American Dream” that hypothesizes that anyone can start with absolutely nothing and become successful and wealthy?

No, because to claim they started with nothing is certainly false. My parents came to this country wealthier than most Americans will ever be, but not in the sense that most mistakenly believe.

They carried with them what people throughout history have treasured more than material wealth: moral capital. Moral capital has been defined in a myriad of ways, but I am using it to mean the relational and spiritual wealth that allows for personal investment in making good choices and acting with justice in life. The kind of richness that comes from strong families, communities, and religious connections (#FamilyFriendsFaith). Just like monetary or resource capital that labor can turn into something great, moral capital can be accrued, invested, and passed on from one person to another through our core relationships.

In India, my parents enjoyed extremely close large families, both immediate and extended. The cultural importance of family connections in India like much of the eastern world was paramount in their lives. Growing up, I learned quickly that there was no word for “cousin” in Gujarati, just like Hebrew or Aramaic. It didn’t matter, you were brothers and sisters, and your aunts and uncles would love you and discipline you as if you were their own.

While struggling to make their own ends meet, my parents sponsored the immigration of my grandmother, who spent the rest of her life with us, and several of my aunts and uncles. From the time I was 6 until I turned 13, there were rarely less than 5 other adults in my house and often several cousins. My older relatives worked blue-collar jobs while my cousins and their children are engineers, doctors, lawyers, business owners, and members of the armed forces.

The moral capital that our family held and shared gave my family members the confidence to buy their own homes and start new businesses, knowing full well they could always fall back on their solid family connections. When we visited our family in India, I got to witness the great love that endured between my parents and their relatives. I also got to witness the deep respect and appreciation my parents had for their hometowns and old neighbors.

Mom and dad had left India with the blessings and love of their friends and neighbors. They honored that support for years after their departure sending money for the upkeep of towns they would never again live in. The pride of an ancestral connection and its continuity was visible on my father’s face the day we spent in his hometown. “Small Town” by John Cougar Mellencamp has universal appeal because it acknowledges deep and real relationships.

Finally, my parents arrived in a new country with powerful ties to their faith and culture, strengthened not only by the specifics of their beliefs but by the universal hope that God’s blessings would get them through many lean and difficult times. Throughout my childhood, I attended weddings and garbas (dance festivals) with hundreds of other Indian families. These cultural events were highlights for the Indian community in the Chicagoland area and continue to be. They are a constant reminder that no matter how far you have moved you can still be close to home. The humility cultivated by understanding you aren’t the center of the universe and that you are a piece of a larger community brings great moral capital.

I grew up thinking hard work alone had yielded the material success that allowed me to have a peaceful family existence. I now realize the richness of valuing family, friends, and faith over selfish, short term desires were passed on to me from generations of ancestors.

Sacrifice and hard work come much easier when our primal organizations are rightly ordered. We live in a false meritocracy thinking we can accomplish anything on our own. It may have taken me more than forty years, but I now realize that I would be nothing without the greatest man and woman in my world, my parents.

The real American dream is having the freedom to do what is right and time-honored, not in procuring vast treasures that you can’t take with you. Financial security has value only in the context of a rich family life, strong ties to community, and the realization that God has a greater good we are called to strive towards. The moral capital that flows from this framework grows with interest like money. The more you have, the more you can invest and reap the gains from. The less you have, the less you can leverage in school, the workplace, or your communal relationships.

I say the “Real American Dream” is building a holistic better life for your children, giving them the freedom to increase their moral capital to allow them to not only have economic security, but also relational security. Due to the lessons and skills my parents imparted, I can safely say that I am 50 levels removed from becoming homeless. In the case of complete financial ruin, between my family, neighbors, and friends, I would have many places to go on a moment’s notice. Those people know they could always come to me as well.

When you have the moral capital to build, maintain, and cultivate new relationships, working hard to build income and wealth become drastically easier. The continual decay that two liberal corporate parties force upon those on the bottom of the economic ladder keep them from building the moral capital that was stolen from them repeatedly in the past. Americans don’t understand their history well enough. Most understand the horrors of slavery, but few can explain what Jim Crow laws were. Even fewer know what the term red-lining means. There are many other examples of how blacks were stripped of their moral capital or the ability to rebuild what was taken. I could write other articles on how indigenous peoples have suffered the loss of their moral capital or more recently Latin American immigrants.

The American Solidarity Party stands for families, friends, and faith, the cornerstones of moral capital creation. For too long, the duopoly has dangled individualism and consumerism before us to keep us voting in their favor. The results have been disastrous. It doesn’t matter which party is in control. We get the same result after four to eight years: more atomization, less moral capital, and a switch to the other party expecting something different. We need a shift in politics that considers true freedom as being afforded the opportunity to do not just what we want to do without constraint, but to do what we ought to do, for the sake of healthier families, neighborhoods, and communities, of which our United States of America are composed/constituted.

My parents brought the American Dream with them when they came from India because human beings around the world yearn for the moral capital that comes from strong relationships and close family ties. The last two presidents spoke about “Hope and Change” and “Making America Great Again” but instead they continued on the path of eroding moral capital. We need to reject atomization and embrace an understanding that what makes life great is a commitment to family, friends, and faith and the empowerment they provide.

Our friends are @StrongTowns are talking about what a different kind of American Dream can look like.

Part of it means reinvesting in communities that have been left behind.

One bit of bad news this election was that longtime pro-life state legislator John DeBerry of TN lost his seat after the Dem leadership threw him out of the primary.

We are happy to see he will continue serving Tennesseans on Gov. @BillLeeTN 's cabinet!

Some days it seems like America as a whole is the person on the left. But we don't have to be. https://t.co/0G8fF77KWM
View on Twitter 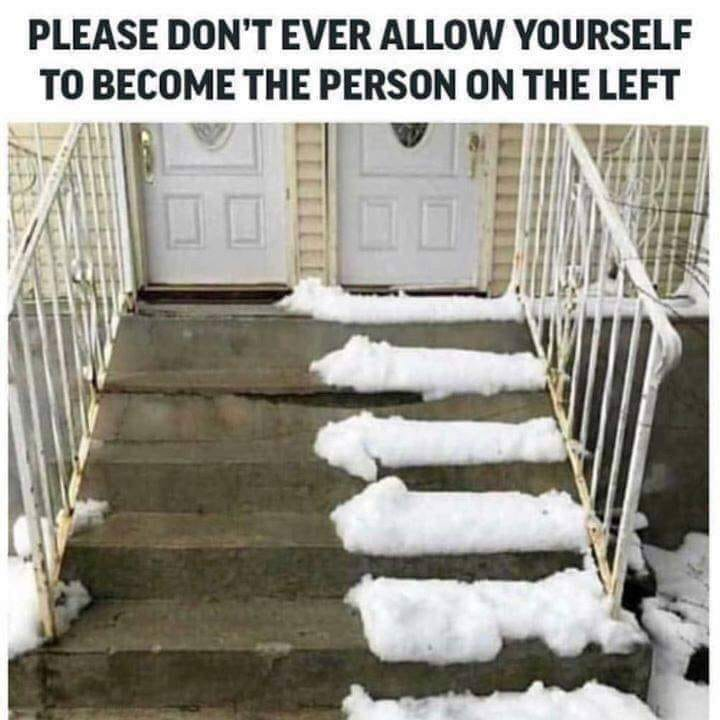 There's nothing inherently wrong, as far as it goes, with corporate boards looking for members from different backgrounds.

People shouldn't mistake this for meaningful advances in social justice, though. For ordinary Americans, this is window dressing.

Yet another case where it's not clear what self-described conservatives are conserving.

Like we said the other day, you may think its clever to appropriate pro-abortion language to make this point, but it just highlights the glaring error of disregard for others. https://t.co/dZG2ad6b1Z
View on Twitter
15
105
Skip to toolbar